The Story Behind the Thanksgiving Day Parade

Two years ago, my husband and I attended a gala where we bid on tickets to the Macy’s Thanksgiving Parade. When we were outbid, I set my heart on winning them the following year. On Thanksgiving Day of 2015, the four of us joined the thousands of spectators to watch the parade march live down Central Park West in New York City. 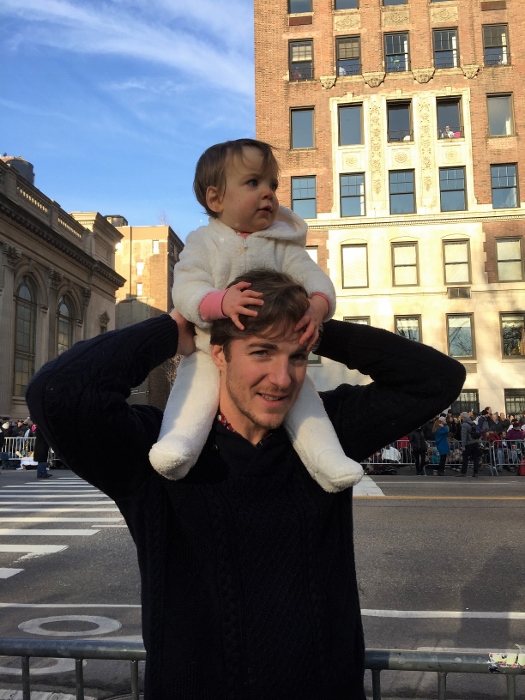 It was an unusually warm and sunny November day, and we got a first row grandstand seat that allowed the girls to sit curbside and peek through the barriers for an unobstructed view of the action. 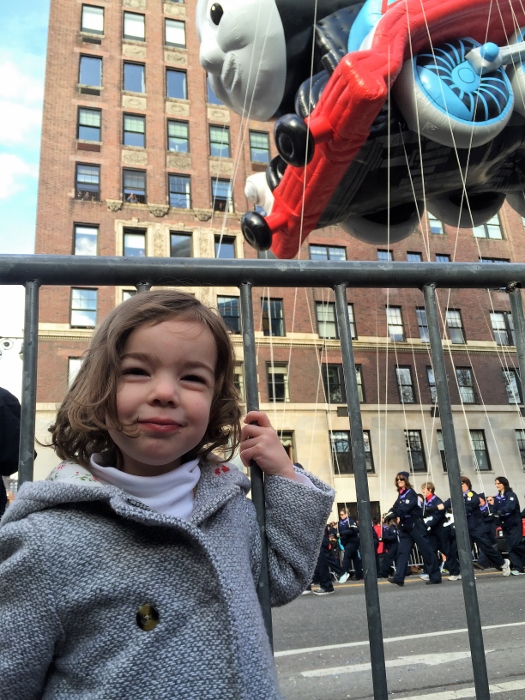 Although the girls were young, only 10 months and 3, the event was so memorable. The balloons sailed between the trees of Central Park and the bordering buildings against warm, clear skies. Unforgettable highlights included the clowns that threw “piñata” (a three-year-old’s description of confetti), the marching bands with blaring horns, and of course, the sky-scraping floats! 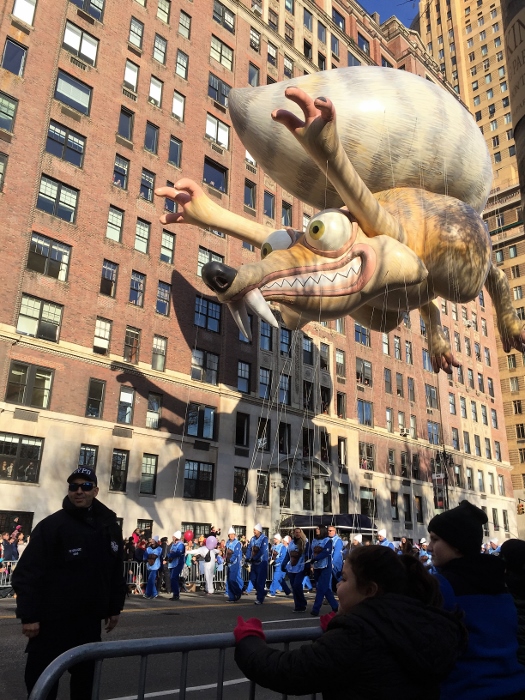 And just as he made an appearance at the very first parade in 1924, a jolly Santa Claus closed the parade. Seeing him roll by on his fabulous sleigh, my elder daughter decided that he was in fact the real Santa. All during the season she suggested that every other Santa we saw paled in comparison to this vision, merely an imposter in costume.

This year, we will join the millions of viewers worldwide who tune in to watch the parade from home as a turkey cooks in the oven. 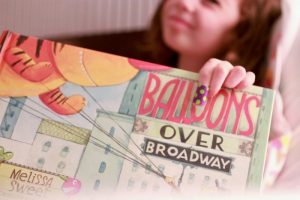 No matter how you experience the magic of the Macy’s parade, Balloons Over Broadway: The True Story of the Puppeteer of Macy’s Parade by Melissa Sweet is a must-read companion to the event. This book tells the fascinating story of the puppeteer who designed the upside-down helium marionettes that are now the hallmark of the Macy’s parade. The book’s watercolor illustration mixed with collage perfectly piece together elements of biography, history, and science.

We’ve already read Balloons Over Broadway many times this month. The girls love its captivating story and enticing art. I love how it enriches our memories of the parade and our experience as we watch it on Thursday. 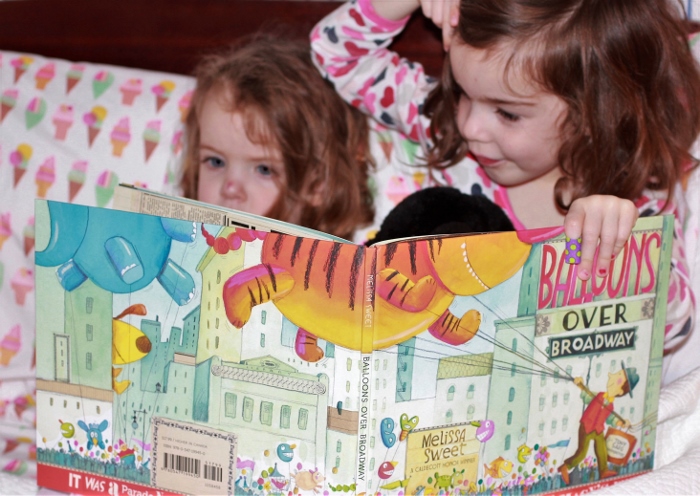 Reading Balloons Over Broadway sparked our curiosity and inspired us to learn and talk even more about the parade!

Happy Thanksgiving from all of us at the Reading Every Day blog!