Going Down the Rabbit Hole this Halloween

My mother-in-law saved all of my sister-in-law’s beautiful Halloween costumes from when she was a child. When we asked her if she had anything in storage in my four-year-old’s size this year, she delivered. We chose between a sparkly tulle witch costume and a satiny Queen of Hearts ensemble. We had never read the story of Alice in Wonderland before, so it was the Queen of Hearts costume’s own irresistible merits that won over my toddler.

Of course, once we decided on the Red Queen, I couldn’t resist the urge to outfit my littlest as Alice. What better companion to the Queen of Hearts? 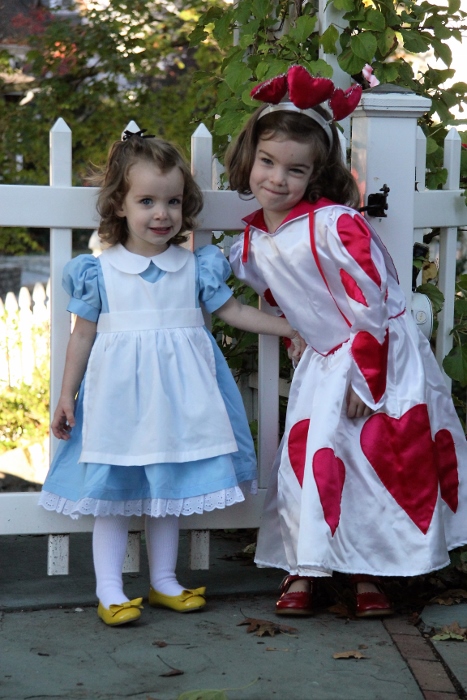 Since the girls will be spending quite a bit of time in Lewis Carroll inspired costumes this week, I thought it was the perfect opportunity to introduce them to the story of Alice in Wonderland. However, we will save a read aloud of Lewis Carrol’s original version for another year. Instead I ordered a book for each girl that would allow them to connect their costumes to a story and character. 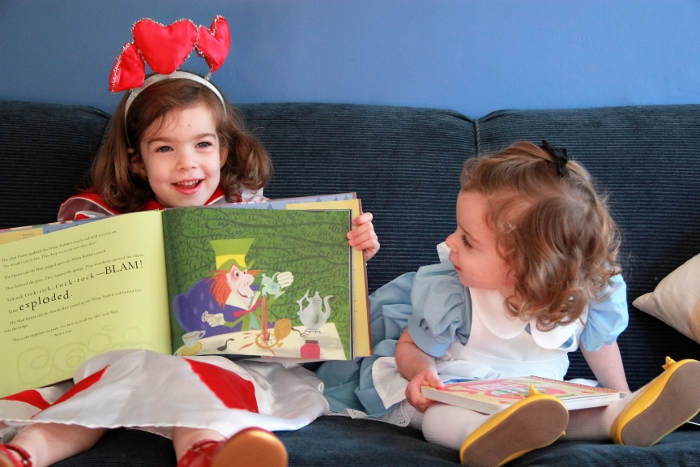 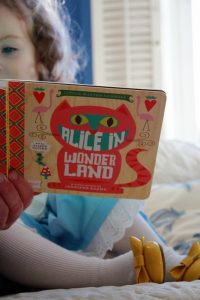 For our own Alice, I chose Alice in Wonderland: A BabyLit Colors Primer. Though it really isn’t more than a beautifully illustrated board book about colors, it features the famous characters from the classic, most notably the Queen of Hearts and Alice herself. My little one’s favorite page is the one that shows Alice going down the rabbit hole head first. 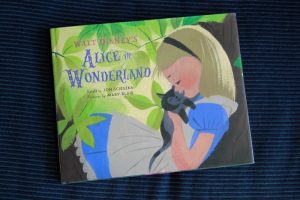 For our Queen, I chose Walt Disney’s Alice in Wonderland retold by Jon Scieszka. This abridged version of the classic has all the key events from the film I remember as a child. The art by Mary Blair is fantastical and fun. And the text has spurred some wonderful vocabulary conversations about new words and characters. This book will definitely be a bedtime read through the week leading up to the big day next Monday and well beyond. [photo 5] Reading these two versions has made me want to curl up with Lewis Carrol’s original… maybe over a bowl of candy.

Happy Halloween! Are your trick-or-treaters literary inspired this year?